How I handled difficult situations while traveling

In my previous blog I described typical difficult situations that could befall travelers and how they could best be handled.  In this blog I will share with you some of the situations that I encountered on my travels and how I was able to overcome them and still enjoy my vacations.

With each mishap I was either initially disappointed or panicked but had to deal with them to the best of my ability.  In certain cases I had to miss out on activities but was able to do other things instead. I calmed myself although it was difficult so that I could think clearly on how to proceed.  I then thought of different ways to resolve each situation.  I chose the best solution and carried it through.  Once resolved I stayed positive and made the best of each situation so that I would still have a great time on my vacations.

The mishaps that I experienced included having my overnight bag picked up by a tour group in Amsterdam upon my supposed departure, becoming sick with a cold in California while visiting my brother, sister in law, and my nephew who was a toddler at the time, missing my shuttle from Halifax to PEI due to lack of information either on my part or theirs in addition to having a cold and losing my luggage keys, and then tripping and spraining my ankle in Newfoundland.

In Amsterdam when I saw that my bag was not there the first thing I did was to ask the front desk if they saw anything.  I then went to the bus which housed the tour and tried asking in Spanish ‘hablo ingles’ (do you speak English) so that I could explain the situation. No one answered and so I tried looking in the overhead compartments but did not find it there or in the luggage compartment below. In the meantime I had missed my train and boat and had to book another spot with overnight passage which cost me more.  After calling my friend in London and explaining to her what had happened and that I would only arrive the next day I made the best of the situation and went to the Van Gogh museum and spent the afternoon there until I had to catch my train and boat.  Upon my return to London I went to the airline office and had my airline ticket home reprinted.  The good news is that I had my passport and money on me in my money belt and I still enjoyed my last few days in London with my friend although I did lose things like developed pictures and undeveloped film and a couple of gold chains.

In California I had come down with a cold in San Diego right before I was going to visit my brother in Los Angeles.  I was quite disappointed as one of my main reasons for going to California was to spend time with my little nephew.  Because I was sick I had to stay away from him and to continually wash my hands due to my brother’s concern which I completely understood.  To combat this he took me for a drive through Bel Air and Beverly Hills enabling me to sit and rest so that I could still enjoy my time with them.  I also did the best I could to take care of my cold and to rest so that my health would improve by the time I would leave.

In Halifax after realizing that the shuttle was not coming and then finding out from the company that I was supposed to be waiting 45 minutes before the departure time I did my best to explain to them that they had not notified me of that information.  Of course they denied it which is typical of a lot of companies so basically it was a ‘he said/she said’ type of situation.  Since I realized there was little point to any further argument all I could do was rebook the next day and make sure that they gave me the proper information this time around which they did plus notify the hostel in Charlottetown that I would not be there that day.  Luckily for me the girl at the desk had clippers and was able to cut the lock of my suitcase and then sell me another lock and key plus she was kind and empathized with my situations which lifted my spirits.  Unfortunately it was Sunday and the stores were closed so there was not much I could do for my cold until the next day.  In the end I was able to put the events of the morning behind me and then spend the afternoon visiting the Maritime Museum which I enjoyed very much.  The next day I caught the shuttle without any problems which enabled me to rest during the four hour trip to Charlottetown and once I got there.  Despite all that I still had a wonderful holiday and got to see what I had set out to.

On my fourth day in St John’s, Newfoundland while blindly crossing the street my foot got caught in a pot hole resulting in me tripping and spraining my ankle and scraping my knee really badly.  Needless to say I was feeling down and disappointed being away from home and having my vacation possibly ruined.  I was supposed to visit a museum that evening and I had planned to do some hiking in Gros Morne National Park.  All I could do was to keep my ankle elevated and iced at the hostel and while I was on the bus ride to Deer Lake and hope that each day it would improve.  I thought that perhaps once I arrived at Deer Lake I would cut my vacation short and head home from there but in the end I decided to go to Gros Morne and still make the best of my holidays.  On a positive note the hostel managers made me a meal of moose meat stew and other Newfoundland specialties, plus they gave me a park pass to avoid paying the entrance fee, and two girls from Alberta decided that they would travel with me and share car rentals for the next several days.  I went to bed that night feeling much better and more uplifted.

Thankfully the next two days I was pretty much able to stay off my ankle as a result of taking a 10 hour bus ride to Deer Lake and then having one of the girls drive.  We also took a wonderful boat tour among fjords which again enabled me to not use my ankle though I still had to endure a 35 minute walk to and from the boat.  However, I had heavily bandaged my ankle and wore my hiking boots so as to keep it stable and I took it slow along the walk.

Unfortunately my troubles were not over.  A few days later the scrape on my knee got infected and I had to drive to the closest hospital. After waiting an hour I did get the proper care and was given penicillin and had a medicated bandage put on my knee.  It played a lot on my emotions because I was all alone in a hospital in unfamiliar territory but it was important that I have it taken care of before anything serious could happen.

Normally I would have stayed off my ankle as much as possible for about two weeks but because I was on vacation I knew that I could not spend the whole time at the hostel so all I could do was to take proper precautions by keeping my ankle wrapped up and taking things slowly.  Gradually each day both my ankle and knee improved.  All in all despite everything I was able to do shorter and easier hikes and to enjoy the boat tour though I had to opt out on hiking up Gros Morne Mountain as it is too steep and rocky and treacherous for a sprained ankle.  I was also able to enjoy the Theater Festival in Stephenville and to take scenic drives around the area.

Basically, what I learned from these experiences is that unfortunately unpleasant things can happen while on vacation causing disappointments and changes of plans, if necessary.  I realized that I had to figure out ways of dealing with and resolving these situations in order to make the best of things and to salvage my vacation and still have a wonderful time.

It would be interesting to hear about any predicaments that may have befallen you and how you dealt with them and still managed to have a wonderful holiday. 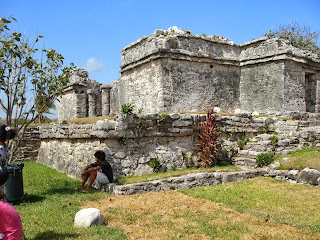 The ruins of Tulum in the Yucatan Peninsula in Mexico 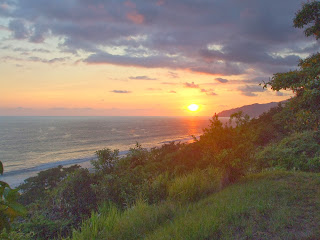 A beautiful sunset in the Osa Peninsula in Costa Rica 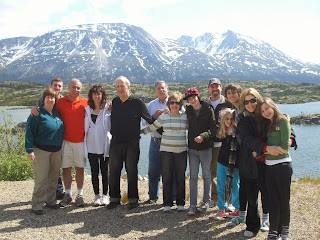 A wonderful family Alaskan cruise in the Yukon, Canada 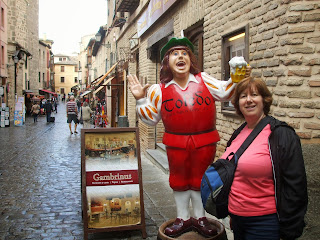 A nice day walking along the streets of Toledo, Spain