My experience as a volunteer at Diverbo in Spain


This past September I spent a week at La Alberca, a small village in the Salamanca region of Spain, as a volunteer helping Spanish students to improve their English speaking skills.  It was an experience of a lifetime for me as I met so many wonderful people and it felt so good to be able to help others.

I attended a program called Diverbo – Pueblo Ingles that specializes in week long sessions in different locations in Spain, Germany, and Ireland.  It is composed of a number of English speaking volunteers from Canada, The United States, the UK, Australia and New Zealand and also a number of Spanish speaking students mostly from Spain but from other countries as well.  Some of the volunteers have already participated in this program including one who has done it over 60 times!  Goes to show you how much people love to help others and how great a program it is.

This program is run by the Program Director and by the Master of Ceremonies.  They work together to ensure that each day is filled with a variety of activities that enable the students to work with the volunteers on their English speaking skills.  As a volunteer I would check the daily schedule to see what I would be doing and which student I would be working with for each particular activity.  I was dependant on the schedules as if they were made of gold!

The days were pretty hectic as the activities started immediately after breakfast at 10 am and ended by 9 pm with an hour and quarter siesta in between.  We had a variety of activities which ran the gamut from one to one interactions to two by two discussions to group exercises and conference calls.
During the one on one interchanges the students were given phrasal verbs, which are two word phrases consisting of verbs with an adverb or preposition, and idioms to learn.  I would always ask them first to tell me their interpretations then I would either correct them or give them additional explanations.  If they were not familiar with any of them I would then explain to them what they signified and how they could be used in various contexts.  Some interesting meanings and contexts came out of these learning modes as many of them dealt with dating which amused the Spaniards to no end.

The two by two discussions included groups of two volunteers and two students and we were given a list of topics that we could discuss amongst ourselves.  This made for a lot of fascinating discussions and everyone always had the option of expressing their views if they felt so inclined.  The group activities enabled Spaniards and Anglos to work together to use their imaginations for presentations, skits, a scavenger hunt as well as learning to Salsa dance.   I also participated in conference calls where I acted as a leader and communicated with the students through speaker phone and also as an observer where I took notes and then offered praise and constructive criticism to each student so that they would improve their telephone skills to use in real life interactions.

Before dinner we would be treated to theatre presentations by both volunteers and students who would have a couple of hours beforehand to prepare a skit and then perform it.  There were some pretty hilarious skits that were done by all including some really raunchy ones.  It was all in good fun.  In my skit I was a fickle minded director of a movie about a wedding taking place where I was continually changing the theme of the wedding until it made sense to me.  It was quite remarkable in that everyone played their characters with exaggerated expressions and it made for some great laughs from the audience if I may say so myself.  By the time it was over the poor groom and minister had been killed by the pregnant bystander several times during each take.

After dinner there would be evening activities which would start at 10:30 pm for those who were able to stay awake long enough.  There were two game nights one of which was Taboo.  It was quite comical because you had to describe the word in question to your teammates without saying certain words but that proved difficult because we were timed which caused us even more stress.  Our teammates had to guess the word we were describing and believe me there were plenty of interesting guesses.  You had to be there.  Another night we had a pub quiz where we had to answer 50 questions in various categories.  I was on the team called Maida’s Maniacs and we won by a large margin shared by everyone on our team.  Woohoo!

Another night we had a little party where we drank Queimada which is a strong alcohol cooked with herbs, coffee, and whatever else is desired.  Three women dressed as witches where they read both English and Spanish poems and chants which were pretty funny.  These women were quite the scary witches and I think a few of the volunteers and Spaniards may have been spooked.  We then all got a taste of the drink and boy oh boy was it strong!  We then all performed songs from the countries where we hailed from and each country came up with great songs including the lively Spaniards who all moved and danced to their tune.  An interesting experience one will never forget.

The big highlight of the week was a party which was given to us to celebrate our getting halfway through the week.  There were plenty of musical tastes for everyone and we all danced the night away and had a blast.  Lots of photos were taken and the party went well into the night.

On one day we walked to the village of La Alberca and the Master of Ceremonies gave us a mini tour and showed us the main sites.  We then had some free time to walk around and shop and I was able to pick up a few souvenirs for myself and family.  We had a beautiful group picture taken in front of a fountain which was put together and distributed to everyone afterwards.  We were treated to a nice surprise where we ended up at a Bodega where we had wine, cheese, and ham which the area is known for.  We saw the actual pig that was used and we had the option of trying our hand at cutting the meat.  For lunch we had suckling pig which is a delicacy of that area and was quite tasty.  Though normally I do not eat pig I decided to try it since it was considered as their main fare.  Unfortunately that morning I had woken up with diarrhea and an upset stomach but still engaged in tasting a bit of everything.  Guess it’s all a part of travelling and not eating what one is used to but is so worth it in the end.

On our last night we had a wonderful dinner in the village and we were treated to a musical performance by one of our most talented volunteers who sings and gives voice lessons to aspiring students.  On the last morning we were divided into groups and each group had to choose a song and write words to it about our experiences of the week.  Everyone did a great job and each song and lyrics were humorous and very creative.  We had a closing ceremony that was quite emotional where both volunteers and students alike received certificates and had the option of saying a few words to everyone.  We then had lunch and said our tearful and sad goodbyes to each other.  We all kissed and hugged with promises to keep in touch and with hopes of seeing each other in the future.

I have to say that it was an experience which taught me a lot about myself and about others.  Everyone had plenty of interesting and fascinating stories to tell and we became a really close family.  I am looking forward to doing more of these programs since I enjoyed it so much.  I would like to try the one in the Black Forest in Germany since it will be different and I will also try ones in other parts of Spain.  During those times I am looking forward to hooking up with my new friends in Barcelona, Madrid, and Southern and Northern Spain.

If any of you readers are interested in finding out more about this wonderful program you can go to www.Diverbo.com to get information on becoming a volunteer or learning English as a student
.
Here are some photos that I took during this amazing experience: 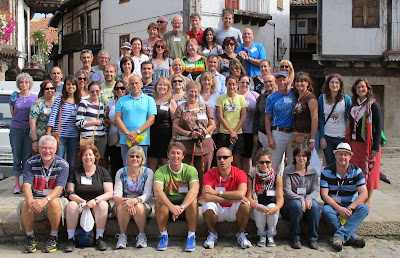 Our wonderful group of volunteers and Spaniards 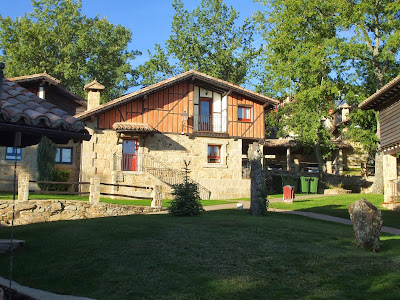 My beautiful villa that I shared with Brigitte, my Barcelona friend 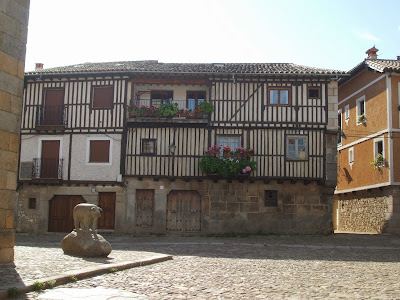 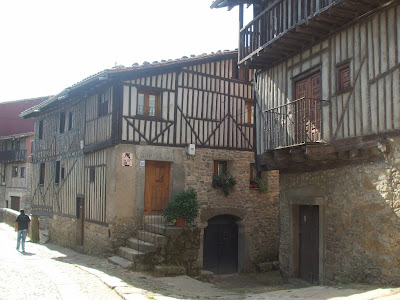 A couple of pictures of the village of La Alberca 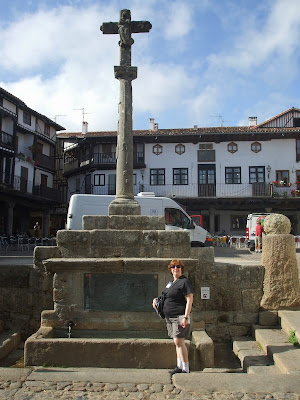 Me standing at the fountain in the main plaza 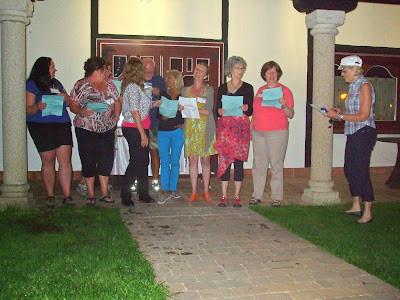 Singing with my Canadian friends at the Queimada